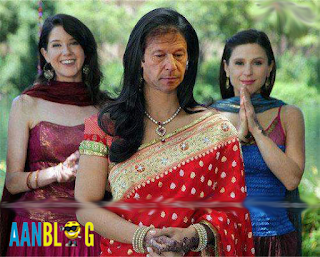 Bushra Maneka, the third wife of Pakistan Tehreek-e-Insaf chairman Imran Khan, has reportedly returned to her maternal home after having a dispute with the politician.

A local Urdu daily reports that the reason behind the feud between the newly married couple was the presence of Bushra’s son at Bani Gala residence of PTI chief for a time longer than necessary.
In its report, the Daily Ummat states that it was agreed before the marriage that no one from Bushra’s family would stay for a longer period of time at Bani Gala; however, the presence of Maneka’s son from his former husband, Khawar Fareed Maneka irked Imran Khan.
“Reham Khan, the second wife of PTI supremo, also had a skirmish with him after her son stayed at Imran Khan’s residence,” it added.
According to the sensational report, Imran Khan’s sisters who were not happy at his third marriage were also residing in Bani Gala residence and were actively involved in its renovation, adding weight to the suspicions that something was fishy between Imran Khan and his wife.
Another aspect, which gives credence to the rumours of dispute, is that Khan’s pet dogs living at the farm house.
Bushra Maneka reportedly considers the dogs presence an interruption in her religious activities.
Over the latest conflict between Imran Khan and his spiritual mentor-turned-wife, the PTI chief has yet to make any statement.
https://en.dailypakistan.com.pk/pakistan/bushra-maneka-returns-maternal-home-after-dispute-with-imran-khan-report/
No comments: Links to this post


Policemen and locals gather near a destroyed police truck, after three suicide bomb attacks in southwestern city of Quetta, Pakistan April 24, 2018. REUTERS/Naseer Ahmed
One bomber detonated his explosives near a police truck, provincial police chief Moazzam Jah Ansari said. Seven police officers were wounded in that attack.
“It is a suicide attack, and we have a confirmation that six of our police officials are dead,” Ansari told Reuters.
Half an hour earlier, two suicide bombers tried to attack a paramilitary checkpoint on the city’s outskirts, but troops deployed there engaged them, a paramilitary officer said.
He said the troops had opened fire at the attackers, who detonated their explosives, wounding eight soldiers. Both the suicide bombers died, he said on condition of anonymity because the army was due to issue an official statement.
No one immediately claimed responsibility for the attacks.
Quetta is the capital city of the southwestern province of Baluchistan, which has been plagued by violence.
Islamist militants linked to the Taliban, al Qaeda and Islamic State have been operating in the province, which borders Iran as well as Afghanistan. It also has an indigenous ethnic Baloch insurgency fighting the central government.
Islamic State has created a branch in Pakistan and Afghanistan, mostly by recruiting among break away factions of other established militant groups. Its followers have claimed some of Pakistan’s most deadly recent attacks.
Six members of Pakistan’s tiny Christian minority community, four of them from the same family, and two people from the Shi’ite Muslim minority were gunned down in Quetta this month.
In December two suicide bombers stormed a packed church in southwestern Pakistan, killing at least 10 people and wounding up to 56.
Pakistan a nuclear armed nation of 208 million people has for some time seen a decrease in militant violence, but the Islamists, who want to install their own harsh brand of Islamic law, remain potent. 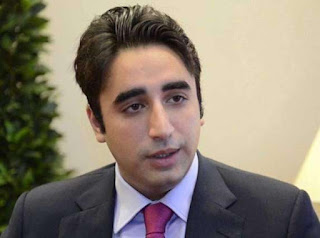 Chairman Pakistan Peoples Party Bilawal Bhutto Zardari has strongly condemned terrorist suicide attack on a security post in the outskirts of Quetta, in which five security personnel embraced martyrdom on Tuesday.
In a statement, the PPP Chairman saluted the law enforcing agencies for valiantly fighting against terrorists and offering huge sacrifices.
Bilawal Bhutto Zardari expressed solidarity with the families of martyrs and prayed for them and for early recovery of those injured in the attack. 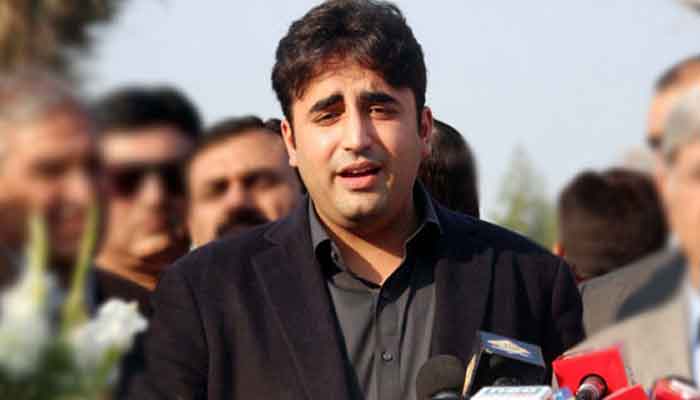 Pakistan Peoples’ Party (PPP) co-chairman Bilawal Bhutto has blamed PML-N government for prolonged loadshedding in Karachi, saying the Center is not providing enough electricity for the metropolis.
Bilawal stated that the reason behind long hours of loadshedding in Karachi is the wrong decision of privatization of K-Electric (formerly Karachi Electric Supply Corporation), and the insufficient supply of electricity to the city by the federal government. However, it is Muttahida Qaumi Movement (MQM) to be blamed for the privatization of K-Electric, he said.
On a different matter, when asked about the possibility of upcoming caretaker prime minister, Bilawal said that PPP is the pioneer of introducing a democratic tradition of appointing caretaker PM in consultation with opposition, saying that talks are underway to finalise the candidate for the slot.
On the other hand, Pakistan has a weak democratic system, Bilawal said, adding that ‘it happened for the first time in history when PPP peacefully transferred powers to the next elected government in 2013', although a great majority is in favour of democracy. When you do not honour voters then no politicians will be honoured in the country, opined Bilawal.
However, he expressed hope in the judiciary of the country stating that he he has expectations from Chief Justice of Pakistan Saqib Nisar. Under democracy, each institution works in its prescribed limits: the judges do not speak, rather their verdicts and judgments do, just as the Supreme Court announced historical judgment on Panama scandal, he added. Bilawal also said that the judiciary should consider taking suo motu over lack of justice to poor people.
Speaking about Sindh, Bilawal said that PPP’s government in the province also launched a Union-Council based Poverty Reduction Program and this unique program has so far pulled out 600, 000 families from stark poverty. The program also lends financial aid to women on interest-free basis so that they could plan for their better future and live a stable and self-reliant life, Bilawal added.
Talking about the services his party has rendered to the people of Pakistan in the past, Bilawal stated that his grandfather Shaheed Zulfiqar Ali Bhutto during his tenure introduced land reforms, snatched big lands from feuds, and distributed them among the poor peasants because PPP is the party of peasants, workers, students, and more importantly the masses.
https://www.thenews.com.pk/latest/307746-bilawal-blames-pml-n-for-karachi-power-woes
No comments: Links to this post