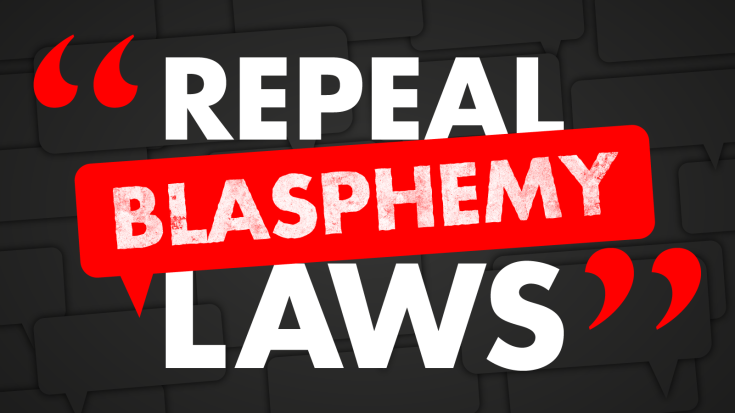 Ramesh Kumar Malhi, a Pakistani Hindu man, was charged last week with blasphemy after a Islamic cleric accused him of delivering medicine wrapped in verses from the Koran.
His case follows the recent arrival of Asia Bibi, a Pakistani Christian woman, in Canada following her imprisonment for eight years in Pakistan on charges of blasphemy. Bibi’s case brought the issue of blasphemy laws in the Middle East back to forefront of discussion, especially as they relate to religious minorities.Bibi, a Roman Catholic, gained international recognition when Muslim villagers accused her of insulting the Prophet Mohammad in 2009. Days later, she was dragged out of her home and beaten by a mob, after which she was taken into custody and sentenced to death.Two of Bibi’s strongest supporters and open critics of fundamentalist Islam, Salman Taseer, the Governor of Punjab, and Shabaz Bhatti, Pakistan’s first federal minister of minority affairs, paid for their support with their lives. They were shot and killed within two months of each other in 2011.
In January, Pakistan’s Supreme Court upheld its October 2018 decision to acquit Bibi on the grounds of lack of evidence, and she was granted asylum by Ottawa in early May, reuniting with her family which had already been in hiding there due to threats from religious extremists. According to Zohra Yusuf, a council member at the Human Rights Commission of Pakistan, Bibi’s case sharply divided Pakistani society.
“Religious parties demonstrated violently for her execution, while rights groups campaigned for her acquittal and safety,” Yusuf told The Media Line. “However, her acquittal could have been a turning point for reforms, [but] this opportunity was lost as the government was more concerned about maintaining order.”Over 1,500 people were charged under Pakistan’s blasphemy law from 1987 to 2017, according to the Center for Social Justice, a Lahore-based religious minority rights group.Although none of the accused have been executed, extrajudicial punishment was carried out in some cases, and about 70 of those charged with blasphemy were killed by vigilantes. In 2014, a young Christian couple, Shahzad Masih and his pregnant wife Shama, were beaten and had their bodies burned in an industrial brick kiln following allegations that the couple desecrated a Koran. The charges were later found to be false.
According to Yusuf, several efforts to reform the laws on blasphemy have failed to bear fruit.
“Any amendment would need a two-thirds majority in parliament. But legislators tend to cave in when it comes to pressure from the [hardline Islamic] religious parties, even though they have minimal political representation ” she explained.
Jeremy Barker, director of the Middle East Action Team at the Religious Freedom Institute (RFI), concurred.
“These laws are subject to influence from vocal religious majorities who threaten physical violence or exert undue pressure on the judiciary to bring [blasphemy] charges against minorities,” he told The Media Line.Indeed, scholars at the RFI have documented a correlation between enforced blasphemy laws and greater levels of religion-inspired terrorism. In fact, according to their findings, countries that enforce blasphemy laws experience six-and-a-half times more religion-related terrorism. And Pakistan isn’t the sole regional enforcer of such statutes. 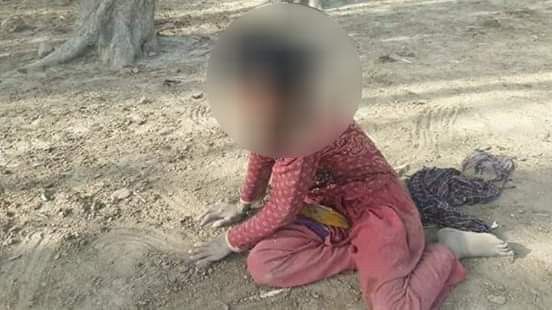 Disturbing pictures and videos from a rape case of a preteen who belongs to the Hindu community in Sindh, Pakistan, have surfaced and caused an outcry online.
The incident reportedly took place on Friday, June 7. After the girl, identified as Jamna Saami, was forcefully intoxicated and sexually assaulted by two men, she was allegedly left in a sports ground around her district.
Pictures and videos taken by people who later found her went viral online.
Conflicting reports on the girl’s exact age have emerged. However, most local news sources said that she was around 12 years old.
The police arrested the accused and registered a first information report (FIR) against them. However, many believed that action should have been taken sooner.
The accused have been identified as brothers Roshan Shaikh and Rajab Shaikh. Hindu rights activist, Kapil Dev, @KDSindhi shared the picture of the accused. 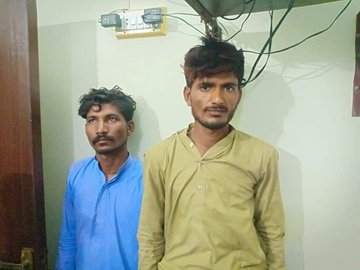 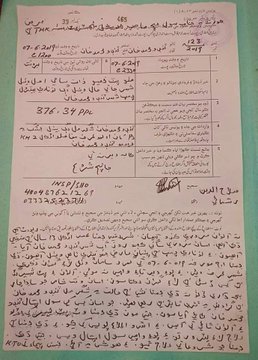 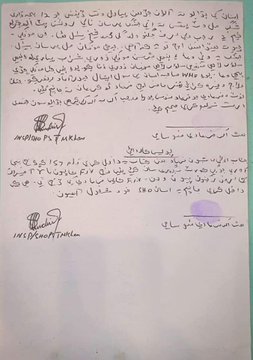 Update on Jamna Case: Two main accused rapists Roshan Shaikh & Rajab Shaikh has been arreated & an FIR has been lodged against them. #Justiceforjamna

118 people are talking about this
Twitter Ads info and privacy
After the spread of the news, people were outraged and the hashtag #JusticeforJamna became the top trend on Twitter across Pakistan.
People called for better protection of children and minorities. They also discussed women’s safety in the country.
Prior to the arrests being made, tweep @bilalfqi posted: “11-year-old girl in Sujawal, Sindh, reportedly abducted, administered an intoxicant and raped. She was later beaten and left at a ground. Sindh government must ensure that the men who did this are behind bars ASAP! [as soon as possible] #JusticeForJamna” 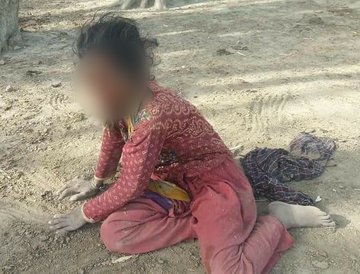 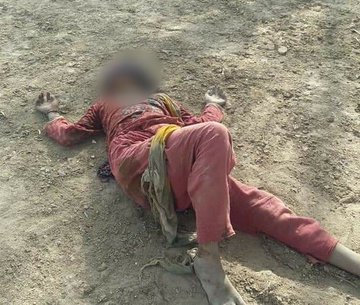 11-year-old girl in Sujawal, Sindh, reportedly abducted, administered an intoxicant and raped. She was later beaten and left at a ground. Sindh govt must ensure that the men who did this are behind bars ASAP! #JusticeForJamna

1,065 people are talking about this
Twitter Ads info and privacy
Similarly, Twitter user @EngrMianAyub called for action from authorities: “Regardless of her religion, Jamna is a daughter of #Pakistan, she is Pakistani. Whole Pakistan [is] raising its voice for the Justice of this innocent girl. This should stop now. The culprits should be punished death sentence. #Justiceforjamna”
User @KashifMD chose to directly tweet at Shireen Mazari, Pakistan’s current Federal Minister for Human Rights: “This calls for an immediate investigation ma’am @ShireenMazari1. It is your responsibility to ensure protection of dignity and human rights of all citizens of all faiths. This continues to happen under your watch. Set a precedent here.”
Meanwhile, there were women who argued that incidents like these prove why movements such as the Aurat (women) March that took place this year might be necessary.
Tweep @Tooba_Sd wrote: “Jamna Saami is her name. She was sexually assaulted and raped. Her videos have been circulating on social media in a traumatic state. Remember her name when next time they ask us why we are out on the roads to march. It’s for each one of us and for Jamna! #JusticeForJamna”

Jamna Sammi is the her name. She was sexually assaulted & raped. Her videos have been circulating on SM in a traumatic state. Remember her name when next time they ask us why we are out on the roads to march. It’s for each one of us and for Jamna! #JusticeForJamna

187 people are talking about this

Last month, news of a 10-year-old girl named Farishta Mohmand, being allegedly raped and murdered in Islamabad shocked the country.
Pakistanis raised similar concerns surrounding women’s and children safety in Mohmand’s case. Delays in filing a first information report (FIR) and conducting a postmortem had angered many.
https://gulfnews.com/world/asia/pakistan/girl-in-sindh-pakistan-raped-by-two-men-tweeps-outraged-1.64472793
No comments: Links to this post

The daughters of this beloved Islamic country of ours are are feeling precarious and vulnerable due to growing cases of violence and sexual harassment in one form or another at the hands of their counterparts in this so-called state of Madina. We come across many such tragic stories and painful incidents on daily basis while going through newspapers due to which the hearts of sensitive souls like us do bleed.The wolves of evil doers are roaming freely to inflict on damage to the weaker and innocent segments of society to satisfy their urge and lust at their whim. 10 years’ old innocent angel like child Farishta hailing from Khyber Pakhton Khawah was abducted,molested and murdered mercilessly,and thrown into the bushes.Despite frequent visits of the grieved father at the police station for the particular purpose of lodging genuine grievance and complaint of her missing child,the father’s all efforts went in vain due to apathy,laxity and negligence of law enforcement personnel.If timely action had been taken,the loss of life at the hands of wolves would have been averted.It is no exaggeration to mention here that law is hostage to a few influential and wealthy people who have been issued licences to do whatever they want to at their whim.The state no doubt weakens in case of selective justice.When the state badly fails to apprehend and send behind the bars the criminals,looters of national exchequer,involved in embezzlement,irregularities,kickbacks,notorious scams,how will the country reach the pinnacle of progress and prosperity,and compete in the comity of nations?
The rising wave of violence against Farishta like women exposes failure of the writ and supremacy of the law of the land. If law is not enforced in letter and spirit,such gruesome incidents will occur unabated.The women folk does not enjoy safety and protection in this state of the pure,which is gross violation and breach of not only human rights but also moral, social values and religious ethics.No body can feel the trauma and pain of the parents and family members are undergoing.What is badly needed is to ensure the rule of law and dispense justice to the underprivileged and weaker sections of society at all costs come what may.Unfortunately,law takes its due course if the interests of the privileged and mighty hands are in danger.In case this exercise continues,it will certainly have negative consequences and repercussions.
The innocent blood of Farishta at the hands of the monsters develops worrying sceniro for the women folk of my beloved country.The inaccessible and poor grieved parents demand justice,which is rare and costly. Instead of realizing their irresponsibility out of sheer negligence,the police’s leveling of baseless allegations of eloping is akin to having salt on their wounds.It was the strong voice of the protesters in the capital after which interior ministry and the concerned quarters uncovered their masks from their faces,opened the closed eyes and took serious notice of the matter keeping in view the security of the matter.Why do the state organs play the part of silent spectators and not act on their own?This is the query that is frequently asked by the general public?This is not the first incident of its kind and nature.The present PTI-led regime which come in power in the wake of slogan of change has to bid farewell to the law ” might is right” and instead has to implement laws of decency,justice,fairplay and transparency in order to usher in a new era of enlightenment and welfare. The women are not destined to suffer at the hands of ugly and nasty faces.The culprits of this heinous crime must be dealt with severely and given exemplary punishment in the light of the law of the land.
No comments: Links to this post