Pakistan - Nawaz has been winning elections with the help of ‘agencies’: Kaira 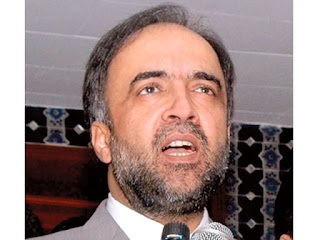 Pakistan People’s Party (PPP) leader Qamar Zaman Kaira claimed on Friday that deposed PM Nawaz Sharif had been winning elections with the assistance of “agencies”.
“Nawaz Sharif has always robbed PPP of its mandate ,” he told reporters outside Bilawal House, Lahore. Kaira maintained that Sharif arbitrarily ran his government and also formed personal ties with institutions.
“Nawaz Sharif was insisting that everything was going fine and well until he was in power. Now that he has been disqualified, he’s saying that democracy and the system in the country is about to collapse,” the PPP leader remarked.
Kaira criticised Sharif for not appearing before the National Accountability Bureau (NAB) earlier in the day despite being summoned. “He [Sharif] claims that he did not receive a notice from NAB, next he will say that he’s sick and then he’ll come up with some other excuse,” he added.
Kaira also criticised the former PM for his “harsh criticism” of the judiciary following the latter’s disqualification by the top court. To a query about the PPP supporting Sharif in the wake of his ouster, Kaira said his party would not talk to an individual.
“We will talk on a party-to-party basis if we do,” he added. The PPP leader said democracy in Pakistan faced no threat and his party was busy preparing for the next elections.
No comments: Links to this post 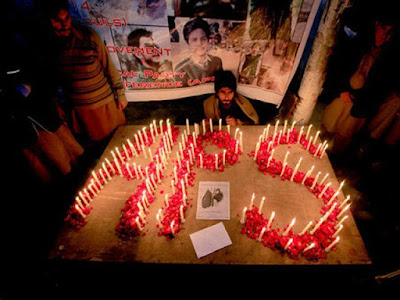 Expressing dismay over the delay in fair and transparent investigation, siblings of the Army Public School (APS) victims have warned the government that if it fails to provide justice they will raise the issue at international forums.
“The government is hushing up parents instead of conducting proper investigation into the matter,” said sisters of the APS victims, Palwasha Amin, Mehwish Tariq and Hafsa Durrani while addressing a press conference at the local press club on Thursday.
On December 16, 2014, seven terrorists stormed into the APS in Peshawar and massacred 141 students, teachers and staff.
Palwasha Amin lamented that she had been striving for justice for more than two years, but her plea was falling on deaf ears. “Despite provision of evidences of the attack, the government institutions are not taking any action against those responsible for the attack.”
Denying it was a terror attack, she said it was the government’s incompetency that such a major attack took place in the city. “I want justice for two of my brothers who were sprayed with bullets and if the government fails, I will take up the issue at international forums.”
She made it clear that she did not want a single penny from organisations, but instead “justice for the martyred souls.”
She asked, “When the Supreme Court can disqualify a sitting prime minister [Nawaz Sharif], then why isn’t it taking suo motu action against the APS attack?” The Supreme Court should have constituted a judicial commission to probe the attack, she added.
Another sister of the APS victims, who wished not to be named, said, “Maryam [daughter of Nawaz Sharif] once said that there are some secrets in her father’s [Sharif] heart. What are those secrets? Nawaz Sharif should tell them to the nation if it’s about the APS incident.”
Lauding the court for disqualifying Sharif, she said that owing to weak policies of the government, many of us had become victims of terrorism in the country. “Those who made an alliance with ‘banned outfits’ for succeeding in elections, ruled the country for more than four years, but even then they have yet to properly investigate the APS attack.”
She urged the Chief Justice of Pakistan Mian Saqib Nisar to order a fair investigation into the attack and punish those responsible for it. “We want punishment for those who killed our brothers.” 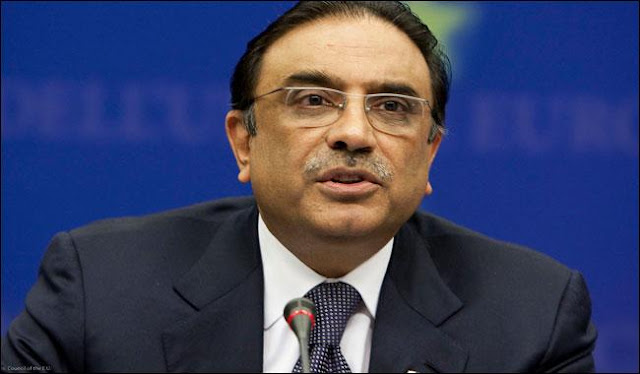 Ruling out any grand dialogue, former president and Pakistan People’s Party Co-chairman Asif Ali Zardari has advised ousted prime minister Nawaz Sharif to accept the court verdict.
Speaking to journalists informally here Friday, Asif Zardari advised Nawaz Sharif said “why Nawaz Sharif is not accepting the verdict announced by the court in Panama leaks case.” “We had also accepted the court decision and changed the prime minister,” he added.
Zardari went on to say, “Parliament is the only place for grand national dialogue.” “Why such grand dialogue to protect a single peron,” he questioned.
“I always stood by the political forces and made efforts to unite them,” Zardari said and added the democratic process should keep moving forward.
He claimed “Nawaz Sharif struck a deal with Gen. Musharraf and left for Saudi Arabia while I spent days in prison.”
Recalling past memories, Asif Zardari said he wanted to visit Nawaz Sharif for condolence on the demise of his brother, but he (Nawaz) refused to meet him in order to please the non-democratic forces.
Praising PPP stalwart Aitzaz Ahsan, the former president said, “Aitzaz Ahsan is my voice. Whatever he speaks, he speaks my words.”
About Raza Rabbani, Asif Zardari said he is an independent scholar and chairman senate. 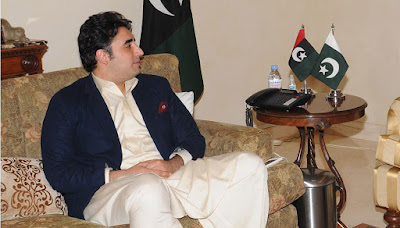 Chairman of Pakistan Peoples Party (PPP) Bilawal Bhutto Zardari Friday condemned the Barcelona terrorist attack in which innocent human lives were lost and urged the world for universal efforts to eliminate terror from the globe. The 29-year-old Pakistani leader and PPP Chairman who lost his mother former Prime Minister Shaheed Mohtarma Benazir Bhutto in a terrorist attack, said that any terrorist attack in the world including Pakistan arouses agonizing pain which he endured at the age of 19 years, said a statement issued here. He said that our hearts go out to the families of victims of Barcelona tragedy.
No comments: Links to this post

Former Pakistan Tehreek-e-Insaf (PTI) member Ayesha Gulalai Wazir on Thursday surprised all by attend National Assembly wearing a traditional turban, ARY News reported.
Already in the new for her allegations against PTI chief Imran Khan, Ayesha Gulalai only introduced herself when the security guard outside NA stopped her from entering the house.
“I am from the Wazir tribe and an author has described us as panthers, who hunt alone, so I am here, alone, not accompanied by anyone and I and my family members are fighting against a mafia alone,” Ayesha Gulalai.
She added that when Razia Sultana (only female ever to rule the Delhi Sultanate) had to fight against men, she had to dress like a men and her message to all the women is that they should courageously fight men.
The MNA who announced to leave PTI earlier this month, claimed in a presser and then in an ARY News interview that Imran Khan used to send “indecent messages” to her.
In the press conference, Ayesha Gulalai had said that one of her reasons to leave the party was that the party chief Imran Khan and his cronies send indecent text messages to female members while in her interview on ARY News, she said that such messages shocked her but she decided to ignore them to concern on her duties as a lawmaker.
About the proof, Gualai maintained that she will only present the messages before a legal body.
No comments: Links to this post