Pakistani Foreign Minister Shah Mahmood Qureshi came under fierce criticism by a Canadian social media activist during “Defend Media Freedom” conference in London, reportedly boycotted by several journalists, as evident from the empty chairs, in a protest against increasing censorship in Pakistan.
The exchange between FM Qureshi and Levant took place when the latter confronted Qureshi over the Pakistan government’s involvement in censoring the tweets of users who are based in America and Canada.
“You should be embarrassed to invite a censor like this,” Levant told the panel, adding, “Who the hell are you to censor me in Canada?”
Qureshi responded that he had nothing to do with the censorship and that media was strong and independent in the country.
Baffled, Qureshi asked how was he personally responsible? The journalist retorted that the Pakistani government is [ which he is a part of].
Qureshi’s presence at the conference was not popular, as illustrated by the rows of empty seats as a result of people boycotting his appearance.

29 people are talking about this
Twitter Ads information and privacy
During the penal discussion, the foreign minister claimed media in Pakistan was ‘independent and powerful’ and that there were 89 TV channels in the country. He said that there were institutions to protect the rights of journalists. The foreign minister further said that social media was also very active in the country.
It may be noted here that three channels were taken off air on Sunday in addition to a show of senior journalist Hamid Mir.
In addition to muffled criticism at home, international organisations have repeatedly called out Pakistani authorities for their clampdown on media houses.
They have condemned the suspension of three Pakistani television news channels for airing an opposition leader’s press conference as “brazen censorship”, calling the move indicative of “disturbing dictatorial tendencies”.
“This is an absolutely unacceptable violation of the principles of media pluralism and independence during a revelation that was clearly in the Pakistani public interest,” said Daniel Bastard, head of Reporters Without Borders’ Asia-Pacific desk, in a statement on Tuesday.
No comments: Links to this post

Three years on, justice in Qandeel Baloch’s honour killing case remains due despite her brother’s boastful confession of murder.

This 15 July marks the third anniversary of Qandeel Baloch’s brutal honour killing at the hands of her brother. Qandeel was Pakistan’s first social media celebrity, whose persona made many in the devout country uncomfortable.
Unapologetically flaunting her sexuality in social media videos, 26-year-old Qandeel would address her naysayers with remarkable defiance: “I’m 99 per cent sure that you all hate me but I’m 100 per cent sure not even my shoe gives a damn about it.” Qandeel was indisputably a social spectacle of a woman’s manifestation of her attitudes and defiance, which was not only rebuked by all but also eventually brought her tragic end.
On the night of 15 July 2016, Qandeel’s brother Waseem Azeem first drugged her, and then strangled her as she slept. While confessing his crime in court, he said he was proud of committing the murder. “I’ve earned heaven and honour by providing relief to my family,” Azeem said. “Girls are born only to stay at home and bring honour to the family by following traditions but Qandeel had never done that. My friends used to send me her videos/pictures on my mobile and everyone was sharing.”
Not a single week passes without such horror crimes in Pakistan. It’s the same story every time, only with different characters and settings. What remains unchanged is the misery of women – sometimes at the hands of their fathers, brothers, husbands or uncles: all those relationships that are embedded in the idea of providing ‘security’ to women.
Numerous murders have taken place in recent years where the killers have committed such horrific crimes in the name of honour. It was the killing of Qandeel Baloch that brought this issue into national debates and resulted in the tightening of law against honour killing to protect women. Unfortunately, the situation continues to remain the same.
On 30 June, Muhammad Ajmal of Multan killed his wife, their two children and six in-laws on the suspicion that his wife, Kiran, was having an affair. Ajmal burnt their bodies by setting his wife’s family home on fire. This week in Nowshera, one Akbar Khan killed his daughter and her fiancé after learning that his soon-to-be son-in-law had visited her when he wasn’t home. Khan was helped in the killing by his son Ahmed Ali.
All this in the name of honour.
There are many examples where men use honour as a means to reprimand women for certain acts that they disapprove of. This creates a situation where the man has the right to act as the victim whose honour has been smeared by an action carried out by a woman. This once again deprives women of their basic rights and gives the men in their lives to hold their actions as dishonourable at will.
This practice has not come down and the law has failed to generate awareness. There is also minimum coverage in the media. This shows the triviality with which the issue is perceived in society and puts a mirror on the psyche of people at large. We have become insensitive to this vice and there are no concrete measures in practice to put an end to this social evil.
The rare outrage over Qandeel Baloch’s murder forced Pakistan Parliament to bring new legislation against honour killing. The anti-honour killing law called for tough punishment, tightening a legal loophole that allowed killers to walk free if pardoned by the family members of the victim. The new law took away that power from the family members, except in cases where the convict has been sentenced to death.
However, this still hasn’t made much of a difference. Three years on, justice in Qandeel Baloch’s case remains pending despite her killer brother’s boastful confession. Similarly, the father, brother and uncle of Sana Cheema, an Italian woman of Pakistani origin, were acquitted in February despite them confessing of having strangulated her in April last year because she wanted to marry a man of her choice in Italy. In 2016, British-Pakistani citizen Samia Shahid, 28, was raped and murdered by her ex-husband Muhammad Shakeel with her father’s help while visiting Pakistan. The family had initially claimed Samia had suffered a heart attack but the authorities determined she had been strangled. Her father was released on bail that year and later died in a Lahore hospital in 2018.
A World Economic Forum’s report in 2018 on gender gap had ranked Pakistan 148th in the list of 149 countries. This report was received with much contempt, similar to the contempt Pakistan shows for crimes against women.
Considering how such crimes are justified, one wonders how the conversions of minority girls into Islam are being perceived as Cupid’s doing, when similar love marriages – and within the same religion – are seen as issues of honour and lead to killings. This is indeed a tragic situation where the society is once again seen as manipulating a crime by calling it acceptable, even commendable, to suit its own beliefs.
No comments: Links to this post 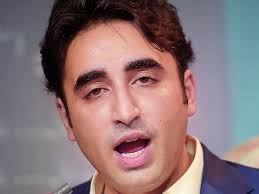 Pakistan People’s Party (PPP) Chairman Bilawal Bhutto Zardari has expressed his profound grief over loss of lives in Sadiqabad Train accident.The PPP Chairman said that he has been gripped with deep pain and anguish after he came to know about the tragedy. It is an unbearable loss to the aggrieved families.
He demanded that the government should immediately announce relief and compensation to the families affected.
The PPP Chairman criticised the Railways Minister on his failure in devising flawless strategy for the prevention of such repeated tragic incidents.He held the Railways Minister responsible for the train accidents and demanded that enquiry against him should be initiated instantly.He said he has come to know that the Railways Minister hasn’t ensured supply of required tools and materials for the repair of tracks that have been ruined during accidents.Bilawal Bhutto Zardari demanded that the Railways Minister Shaikh Rasheed Ahmed should step down till the completion of enquiries on the accidents.
He asked that the Prime Minister who always demanded resignations from his rivals should now also ask his Minister to immediately step down.He said that God knows better till when and how long the situation would keep going in the form of train accidents under this Minister. The same minister had also wreaked havoc on Pakistan Railways during dictator Musharraf’s government in which he also held the same portfolio of Minister for Railways. His incompetence and ineligibility has inflicted colossal losses to the exchequer, people and the country.He said that Imran Niazi had handed the Railways portfolio to Shaikh Rasheed Ahmed as a gift and that proved a disaster. They both have duped the people through several inaugurations of new train lines as the inauguration of new trains was a deception because simply train compartments in yards were joined together to present them as new trains for political point scoring only.Bilawal Bhutto Zardari said that the Railways and the country are both run in a same style and the lives of the people have been placed under serious threats.

Video Report - Najam Sethi Asks: Does NAB have a Case against Maryam Nawaz?

Opposition parties are planning to launch an anti-government movement in the province from July 25, a day to the year from the 2018 general elections.This was announced by Awami National Party (ANP) Central President Asfand Yar Wali Khan on Monday. Addressing party workers, he said that Qaumi Watan Party (QWP) chief and former interior minister Aftab Sherpao and Jamiat Ulema-e-Islam (JUI) chief Maulana Fazlur Rehman will be a part of the movement in Khyber-Pakhtunkhwa (K-P). 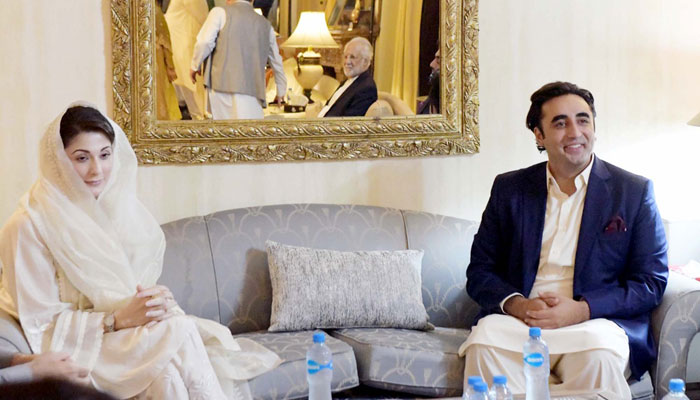 Video Report - We Will Fight Together New Dictatorship: Bilawal Bhutto