A REPORT prepared by two NGOs reconfirms the worst fears of how the system is played against Pakistan’s religious minorities at all levels and in all areas. The report by the Institute of Development Research and Corresponding Capabilities and the Human Rights Commission of Pakistan focuses on education. The findings reflect the country’s depressing record on the treatment of its minorities, indicating the great distance between us and other nations that can justifiably claim to be civilised. The survey sketches an embarrassing picture of the deeply ingrained intolerance in the most basic unit — the classroom. The report describes how non-Muslims are seen as “enemies of Islam by Muslim students and teachers”. Some 60pc of the non-Muslim students interviewed for this study had “experienced discrimination or felt they were being discriminated against and disrespected”. With such foundations, it is no surprise that the survey found that some 70pc of (non-Muslim) teachers had been discriminated against on the basis of their faith, with parents experiencing a similar faith-based bias. Given that there is great reluctance among those routinely discriminated against for their religious beliefs to come forward, the actual figures are probably much higher. That means that ‘only’ 60 out of 100 students, or 70 out of 100 parents alleging they were victims of the long-cultivated intolerance in the country could, ironically, be seen as a positive. The truth is, there are very few non-Muslims who escape discrimination at the hands of those who belong to the majority faith — so ingrained is prejudice in society. Ways have been constantly suggested on how to tackle the issue, and there have been some efforts to deal with the discrimination that plagues education in the country. However, the task at the outset has been complicated, as even innocuous terminology such as ‘secular’ can lead to trouble. Consequently, the work aimed at combating faith-based intolerance in all spheres has to be very subtle, but without losing sight of the main purpose. The difficulties along the way must never be an excuse for slackening or refusing to challenge existing societal attitudes that threaten to further divide a country in desperate need of basic lessons in pluralism. There are individuals who have taken a stand and those who must step forward to set an example. But it is the state that must lead the way carefully. If it fails to do its duty by all its citizens it will only sharpen societal divisions. https://www.dawn.com/news/1496830/bias-in-education
No comments: Links to this post

Earlier this year, when Saudi Crown Prince Mohammed Bin Salman visited Pakistan, Prime Minister Imran Khan won a huge public approval when he raised the issue of thousands of Pakistanis detained in Saudi jails. The prince also promised to look into the matter. Since then, there has been no or a very little progress on this front. Side by side, the Ministry of Foreign Affairs has failed to watch the interests of our people around the world, especially in Saudi Arabia. The ministry runs 114 missions across the globe. This is a big number, which involves huge money to run these missions. Nations run foreign missions to counter enemies and develop friendships with foreign powers. According to our foreign policy, Saudi Arabia is our great friend and there is a treaty of friendship between the two countries to testify it.

Despite this great friendship, Saudi Arabia shows no respect for the rights of Pakistani citizens working in Saudi Arabia. The Justice Project Pakistan and Human Rights Watch has recently released ‘Caught in a Web’, a research which documented the treatment of Pakistani prisoners by the Saudi criminal justice system. The report says trials, punctuated with rampant due process violations, have marked the executions of 66 Pakistanis, while 2,795 Pakistanis have been languishing in jails, subject to abuse and poor jail conditions. The highest number of foreign nationals gone to the Saudi gallows has been Pakistanis. This is not the case with any other nation. In October 2015, then Indian foreign minister Sushma Swaraj reacted harshly to the ordeal of an Indian domestic worker by her Saudi employer who chopped her arm off. The Indian embassy extended her consular and legal help to pursue charges against the employer. Similarly, in 2014, Sri Lanka and Saudi Arabia reached a deal under which around 500,000 Sir Lankans working in the kingdom were entitled to protections under the labour laws. This deal was signed after a 24-year-old maid was beheaded in Saudi Arabia. Now, the Sri Lankan embassy in Saudi Arabia runs a dedicated 24/7 hotline where workers in trouble can call for help. On the contrary, many detained Pakistanis and their families are not even sure which government agency to reach out to in the hour of need. Pakistan must work to launch a consular protection policy for the Pakistanis in the kingdom and other Gulf countries. The other possible option is negotiating a prisoner transfer agreement with Saudi Arabia, and arranging legal cells to the aid of prisoners on death row. Helping prisoners in foreign jails is never impossible.

Thought that sectarianism was a pillar of the Saud Iranian rivalry? Think again, think Kashmir where the two countries’ geopolitical rivalry and Turkish ambitions cross sectarian lines.
With Iran, Saudi Arabia and Turkey competing for Indian Kashmiri hearts and minds, Iran and Turkey’s embrace of Kashmiri nationalism is winning them sympathy among both Shiite and Sunni Muslims.
The two countries’ perception of Kashmiri aspirations as nationalist rather than religious gives them a fighting chance to counter long-standing Saudi influence in the troubled South Asian region.
The Kashmiri competition, like Kazakhstan where a Saudi-inspired apolitical and loyalist strand of ultra-conservative Islam has gained popularity, suggests that crown prince Mohammed bin Salman has not given up on religion as a soft power too despite who seeking to root his legitimacy in newly found Saudi nationalismrather than the kingdom’s ultra-conservative interpretation of Islam.
Prince Mohammed, since coming to office in 2015, has significantly cut back on funding and converted the kingdom’s major funding vehicle, the World Muslim League, into a group that sings his praises and propagates tolerance and inter-faith dialogue.
Nevertheless, the crown prince  views the promotion of Madkhalism, a particular Saudi strand of ultra-conservatism that preaches absolute obedience to the ruler and sees the kingdom as the model of Islamic governance as a way of countering Iranian activism and the notion of an Islamic republic that recognizes a degree of popular sovereignty.
Saudi Arabia invested an estimated US$100 billion in funding of religious seminaries, cultural and higher educational institutions, media organizations and in a handful of countries militant groups as part of a more than 40-year religiously cloaked, globally waged covert war with Iran.
More recently, Turkey has sought to lay claim to leadership of the Muslim world by funding mosques and other institutions across the globe and seizing up Islamic causes like Jerusalem.
The funding, coupled with diplomatic pressure, also aims to counter the far-flung, embattled empire of Fethullah Gulen, an Islamic preacher who lives in exile in Pennsylvania and whom Turkish president Recep Tayyip Erdogan accuses of having staged a 2016 failed military coup.
Iran, Saudi Arabia and Turkey’s identification of Kashmir as a battleground points to the increased importance they attribute to South and by extension Central Asia.
In a twist of irony, Turkish president Recep Tayyip Erdogan appears to be embracing the Sufi Menzil sect, one of the largest and most powerful Sufi orders in Turkey, that is far more liberal than Saudi Arabia’s ultra-conservatism but shares with Madkhalism a rejection of politics.
Menzil Sufis have filled vacancies in the government bureaucracy and security services created by Mr. Erdogan’s mass purge in the wake of the failed coup of alleged followers of Mr. Gulen, according to journalist Timur Soykan, who recently published a book on a more controversial Sufi order.
Like Madkhalis, Menzils, with a history of support for the Turkish state and its military, potentially could serve as anti-dotes to Iranian Shiites’ activism in places like Kashmir where Iran is targeting the Shiite minority who account for 15 percent of the region’s population.
Iran and Turkey’s emphasis on nationalism rather than religion compensates to some degree for Saudi Arabia’s first starter advantage, allowing Iran in particular to make significant inroads in Kashmir.
Portraits of Iran’s late spiritual leader, Ayatollah Ruhollah Khomeini, loom large on billboards in Shiite neighbourhoods whose streets are named after Shiite martyrs. Saudi Arabia’s execution in 2016 of a prominent Shiite cleric sparked anti-Saudi protests in Kashmir.
Unlike Iran, Turkey, eager to expand economic cooperation with India, has restricted its focus in Kashmir to verbal support in international fora rather than the funding of mosques and/or schools. That has not stopped separatist groups from embracing Mr. Erdogan even if that doesn’t challenge Saudi influence on the ground.
Indian journalist Asit Jolly estimated as far back as 2011 that 15 percent of Kashmir’s population was  affiliated with some 700 Saudi-inspired ultra-conservative mosques. A Sufi organization put the figure ten times higher.
Ahl-e-Hadith, South Asia’s oldest Saudi-backed religious group, is believed to have funded some 150 schools, colleges, orphanages, clinics and medical diagnostic centres in Kashmir.
“Practically every village along the picturesque, poplar-lined, 60-km stretch northwest of Srinagar towards Gulmarg has one or more Ahl-e-Hadith-funded mosques. The new mosques and their attendant madrassas make for a contrasting picture with the hundreds of dilapidated mosques built over centuries in the age-old Sufi tradition,” Mr Jolly reported.
“The Wahhabi influence is not new to Kashmir as followers of this Islamic practice have been there since the last 100 years. But the phenomenal growth in their influence and their far and wide reach now can be attributed only to the funding the local ‘Ahle Hadith’ have got from Saudi Arabia in the last 30 years,” said an Indian intelligence official more recently.
Added analyst Abhinav Pandya: “Kashmir is becoming the ground zero for a new geopolitical race for influence: Iran and Turkey have deep, sometimes overlapping interests, Saudi Arabia wants to ensure a return on its financial and ideological investment… The question is whether these states…will weaponize those supporters in a future proxy conflict between themselves, or between separatists and India itself.”
No comments: Links to this post 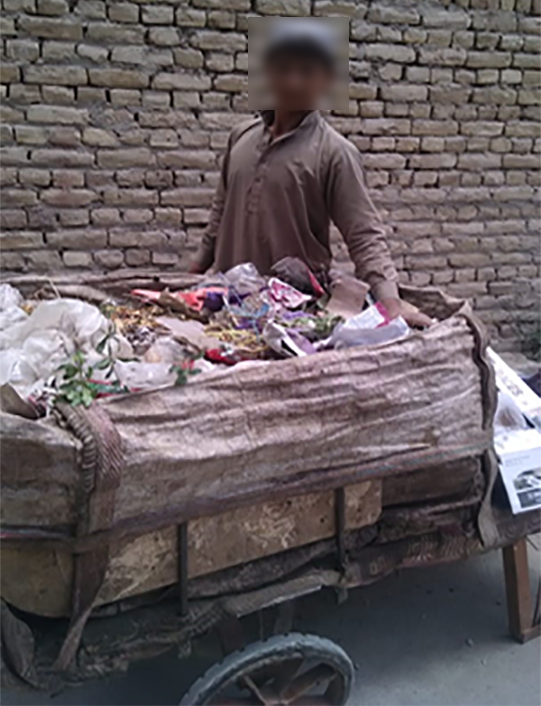 We never ordered FixIt campaigner and National Assembly member Alamgir Khan’s arrest, said PPP Chairperson Bilawal Bhutto Zardari. PPP workers were the ones who were arrested just because of the law and order situation created by PTI workers, he claimed.

While addressing the media on Monday, Bilawal remarked that it is the job of journalists to show the truth and what really happened at Teen Talwar on Sunday.
“PPP is the only party that never issues arrests warrants for political leaders,” said Bilawal. “In Zardari’s tenure or even Benazir’s tenure, there were no political prisoners.”
He added that the whole law and order situation at Teen Talwar occurred because of the fascist mindset of PTI workers. “They [PTI] don’t respect anyone, they also beat up our saviours’, the police as a result of which they got arrested,” he said.
PTI MNA and FixIt founder Khan was taken into custody by the police following a clash between members of his campaign and workers of the PPP on Sunday, however, he was released after a brief detention.