Video - #March4OurLives - David Hogg: "Winter is over, change is here"

Video - #March4OurLives - MLK Jr's granddaughter: I have a dream .. enough is enough

By Sebastian Murdock and Sara Boboltz


These kids won’t settle for anything less than change.

Enough.
That was the message that hundreds of thousands of protesters around the world had Saturday for lawmakers who have ignored the toll of gun violence and refused to pass meaningful gun reform legislation.
At the March For Our Lives event in Washington, D.C., students from Marjory Stoneman Douglas High School in Parkland, Florida ― where 17 people were killed last month ― gave passionate, articulate speeches encouraging young adults to vote.
Survivor David Hogg made it clear that politicians in the pocket of the National Rifle Association wouldn’t be around much longer.
“To those politicians supported by the NRA and who allow the continued slaughter of our children and our future, I say: Get your resumes ready,” Hogg said.
Fellow survivor and activist Delaney Tarr echoed the sentiment.
“If we move on, the NRA and those against us will win. They want us to forget. They want our voices to be silenced. And they want to retreat into the shadows where they can remain unnoticed,” Tarr said. “They want to be back on top, unquestioned in their corruption, but we cannot and we will not let that happen.”
Everytown for Gun Safety, a nonprofit established after the Sandy Hook Elementary school massacre, provided support to the young organizers. Organizers said more than 800 marches were planned around the U.S. and abroad, with some protesters traveling from neighboring states to attend the largest gatherings.
Many of their signs skewered politicians and the National Rifle Association. The more popular chants that broke out among the crowds included “Not one more,” “Vote them out” and “The NRA has got to go!”
Stephen, 17, from Syracuse, New York, told HuffPost that people his age aren’t looking for “band-aid solutions.” Brianna, 17, also from Syracuse, said she’s “sick of crying.”
“Let’s fucking do something,” she said. “Go out and do something. Vote.”
Even the youngest speakers pushed for people to take action at the polls. Naomi Wadler, an 11-year-old activist, acknowledged “the African-American girls whose stories don’t make the front page of every national newspaper, whose stories don’t lead on the evening news.”
“We know we have seven short years until we too have the right to vote,” she said of her peers. “So I am here today to honor the words of Toni Morrison: ‘If there is a book that you want to read but it hasn’t been written yet you must be the one to write it.’”
Eleven-year-old activist Christopher Lane, a sixth grader who helped organize the New York march, shared a similar message, reciting statistics about how gun violence disproportionally affects black people.
Colette Paterson, 14, told HuffPost that she and her mother decided to attend the New York march after Colette and 200 others at her Perkasie, Pennsylvania, high school received detentions for walking out in protest of gun violence.
“She’ll be voting in four years. That’s not a long time,” said Colette’s mother, Stephanie, who has a concealed carry permit.
Speaking to a crowd of thousands in New York City, Marjory Stoneman Douglas High School student Meghan Bonner paid tribute to her friend, Alaina Petty, who was killed on Feb. 14.
Bonner, one of many teens from Parkland who leapt into action after the shooting, sent a message of action to people her age: “The adults failed us, and now 17 people are dead.” 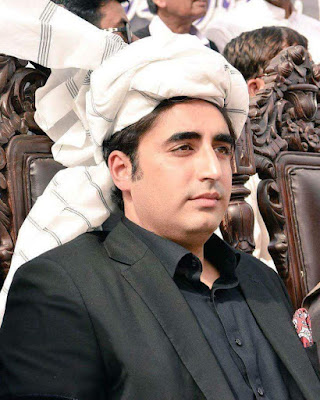 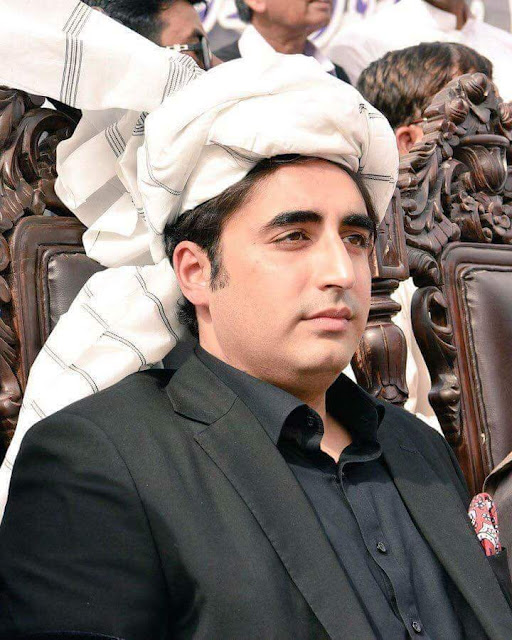 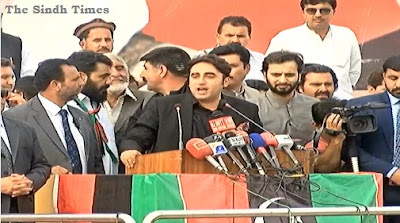 While addressing a rally in Bannu, Bilawal said it was PPP founder Zulfikar Ali Bhutto who had announced to demolish the Frontier Crimes Regulation from Malakand Division during his speech there.
He added the brave people of KP have been fighting since a long time as the valley of fragrance has been turned into one of blood.
To solve the issues of KP a court is needed that could impart justice, the PPP chairperson said.
“We need a police force that people could trust and institutes that ensure rule of law,” he added. “I trust our police be it of KP, Punjab, Balochistan or Sindh as they all have made sacrifices and fought terrorists with valour.”
Bilawal said police was the country’s frontline, which ought to be strengthened on the whole as every street cannot have a soldier deployed.
Speaking about war against terrorism, Bilawal said it was his party that brought together the entire Parliament and united people for the sake of sustainable peace in Swat that was taken over by terrorists soon after Benazir Bhutto’s martyrdom.
The PPP chairperson also claimed of repatriating the nearly 2.5 million internally displaced persons to their native areas within three months.
Bilawal is flanked by other party leaders such as Anwar Saifullah Khan, Sher Azam Wazir, Humayun Khan, Senator Rubina Khalid and Faisal Kundi.
Party supporters from different areas have come to Bannu to attend the rally and show their support for their leader.
No comments: Links to this post 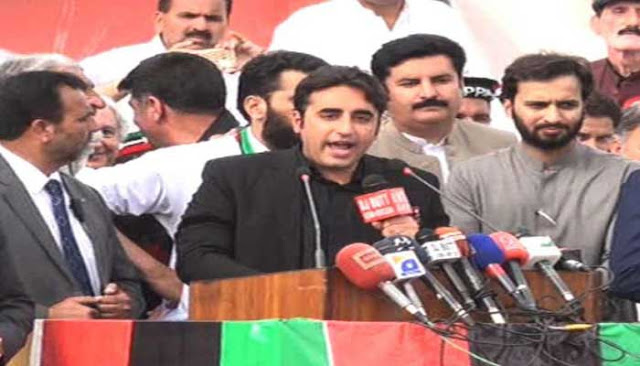 Pakistan People’s Party (PPP) chairman Bilawal Bhutto Zardari on Saturday said the nation’s basic concerns are not the questions behind a leader’s ouster but availability of food, cloth and shelter.
Speaking to party supporters gathered at the rally in Bannu, the PPP chief demeaned Nawaz Shareef and Imran Khan saying that the two, despite different claims, are of same sect and possess mutual conspiracies in politics.
He vowed that both parties’ ‘Quaids’ will be shown their realities during the forthcoming elections. He also criticised Jamiat-ul-Islam-Fazl chief Maulana Fazlur Rehman for opposing the merger of KP and FATA.
He outlined that the outcomes of China-Pakistan Economic Corridor (CPEC) are only visible in Lahore, whilst KP and Baluchistan remain unaffected.
The PPP chief maintained that the party has remained in sustained ties with KP for fifty years and stressed the need to arrest the accused terrorists involved in blood shedding the fragrant province and demanded legal proceedings, adding that "Terrorism is neither an issue only linked to Naqeebullah Mehsud's murder nor a case of a target killer, it is the problem of the entire country."
He claimed of repatriating the nearly 2.5 million internally displaced persons to their native areas within three months.
He further said that it was PPP founder Zulfikar Ali Bhutto who had announced to demolish the Frontier Crimes Regulation (FCR) from Malakand Division.
Pulling the tirade at the Pakistan Tehreek-e-Insaf chief, he alleged that Imran Khan makes false claims of ending corruption in KP, whereas the leader has miserably failed to even eradicate poverty, unemployment or to build a single hospital in the province.
He lauded Bannu for displaying the most authentic response by disagreeing to Imran Khan’s question if the city has been relieved of corruption.
He stressed that KP needs to be relieved of Banni Gala’s grip as Imran Khan only seems concerned to promote westernization in the province irrespective of crucial needs, adding that how can a newer Pakistan expected from the leader who couldn’t build a newer KP during his tenure.
He also added that if an annual festival of liars were to be held, Imran would be seated at the king’s throne as he has only taken U-turns in his political tenure.
No comments: Links to this post