Majlis-e-Wahdat-e-Muslimeen’s Deputy Secretary General Nasir Abbas Shirazi has challenged decision of a single bench, which had dismissed a petition against Sanaullah saying that it was not maintainable.
Shirazi submitted that the law minister issued derogatory remarks against a judge who conducted an inquiry into the 2014 Model Town incident. He said that Sanaullah attempted to malign and scandalise the judiciary. He said the law minister violated his oath by scandalising a state institution and requested the court to disqualify him as a member of the assembly.

Justice Shahid Karim on October 5 had dismissed as not maintainable a petition seeking disqualification of Sanaullah for allegedly making speeches against the judiciary. The judge had held that the court would not disqualify anyone on the basis of mere allegations and press clippings. The judge had observed that the petitioner could approach the election commission under the relevant law for disqualification of a parliamentarian. 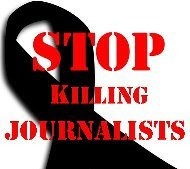 The heralds of present time, by all means, are journalists. This profession is the fountain head of statistics, facts, prerequisite of a progressive and sophisticated society. Through free media, masses access information concerning any matter of vital importance, combine with the surety that their opinion and voices are being heard by higher authorities.
However exploring veiled realities of repressive and cruel regimes and governments is a hard-hitting and painful experience that these journalists encounter on daily basis. In wake of this struggle several lost their valuables lives. Most recent victim of freedom of speech is Maltese eminent journalist Daphne Caruana Galizia best known for her work on Panama Papers Leaks, killed in an apparent car blast for a 'crime of searching and speaking the truth.'


Journalists are vulnerable in every corner of the current world, especially in war-ravaged areas. Despairs and miseries of local people in war- torn counties seek limelight through the extensive work on part of reporters and journalists. In line of duty 30 journalists lost their lives in 2017 alone, the figure was 115 in 2016. According to Committee to Protect Journalists (CPJ) Iraq is deadliest place for journalists followed by Syria, both battle-damaged countries. In Pakistan, although history of violence against journalists is not new occurrence yet deadliest time period for journalists was 2007- 2014 during which nearly 65 journalists lost their lives for the sake of duty. World as a whole proclaims freedom of speech as citizens' fundamental right and promotes journalists' safety through ample initiatives. Media Accreditation and Liaison Unit (MALU), UN Educational, Scientific and Cultural Organization (UNESCO), European Convention on Human Rights (Article 10), the American Convention on Human Rights (Clause 13), Asian Parliaments for Peace (AAPP) and UN Plan of Action on the Safety of Journalists and the Issue of Impunity (2016), all acknowledge and safeguard the freedom of speech and press. Likewise constitution of Pakistan safeguards freedom of speech and citizens' right to information under the Article 19 and 19(A). Furthermore in 2014 National Assembly approved the Bill for Protection of journalists.
But despite all laws and legislations, system is still ill-equipped. Violations are common observation; sometime under religious tag or under the banner of national security journalists are bound to withhold the truth. Whether it was Wali khan Babar of Pakistan, Marie Colvin of America, Kenji Goto of Japan killed in Syria, or Daphne Caruana Galizia of Malta, all got punished for exercising their constitutionally secured fundamental right which ultimately claimed their lives while covering either horrors of any conflict or speaking against grave realities of society.
It is the favour from journalist community that public is able to differentiate erroneous acts either on part of their government, military or by any international regime. Investigating and presenting truth, especially in a tyrannical setting is a tough job, still journalists are ready to continue. Therefore, the matter of urgency is to enrich the practical efforts for journalist safety. Additional legislation for filling the loopholes, accountability of government and execution of judiciary, governmental guardianship and insurances on behalf of media houses as well softening of asylum seeking rules must be focal points for straightening the odds for this profession. 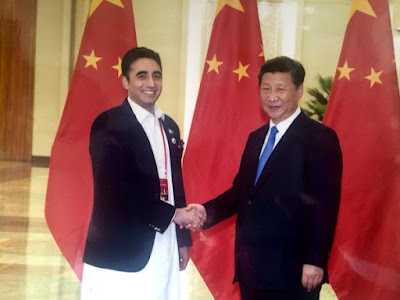 The Pakistan Peoples Party (PPP) congratulates Chinese President Xi Jinping on his re-election as the General Secretary of the Chinese Communist Party (CPC) congress.
“The PPP extends its warmest good wishes and congratulations to President Xi on his well-deserved re-election. Under President Xi’s steadfast leadership during his first term, China has achieved remarkable economic and development milestones,” said Sherry Rehman.
The Vice-President of the PPPP added, “PPP and CPC have always maintained a special relationship. One which was forged by former Prime Minister Zulfiqar Ali Bhutto, cemented by former Prime Minister Benazir Bhutto and championed by former President Asif Ali Zardari. Under the leadership of Chairman Bilawal Bhutto Zardari we seek to bring our mutual relationship into a brighter future for Pakistan. The PPP will continue to work closely with the CPC as China continues to establish a stronger presence in Pakistan”.
Rehman also commented on the landmark amendment to the Chinese Constitution made during the 19th CPC Congress, saying, “It is remarkable to know that the One Belt-One Road project is now going to be a part of the Chinese Constitution. This is a testament to China’s commitment to achieving regional cohesion and peace through long-term and meaningful economic partnerships. We in PPP could not be more proud to be a part of this landmark vision of President Xi and the CPC”.
“We look forward to further strengthening our ties through bilateral cooperation for our mutual long-term interests of shared prosperity and regional peace,” concluded Senator Rehman.