By NEDRA PICKLER and JULIE PACE

Feasting on Bavarian beer and sausages, President Barack Obama on Sunday celebrated decades of U.S. friendship with Germany despite recent challenges and said the country "is proof that conflicts can end and great progress is possible."
Obama kicked off an overnight visit to attend the Group of Seven summit of world leaders by focusing on mending relations with host Germany, visiting the picturesque Alpine village of Kruen with Chancellor Angela Merkel.
"This morning as we celebrate one of the strongest alliances the world has ever known my message to the German people is simple: We are grateful for your friendship, for your leadership. We stand together as inseparable allies in Europe and around the world," Obama said as he addressed the timeless Bavarian scene, complete with the sounds of alphorns.
Obama is closer to Merkel than most heads of state, although their relationship has been tested in the past couple of years, particularly after it emerged that the National Security Agency had tapped Merkel's cellphone. The revelation was particularly chilling in Germany, with its oppressive history of secret government surveillance, but Merkel seemed eager to move on as she addressed Obama as "dear Barack." 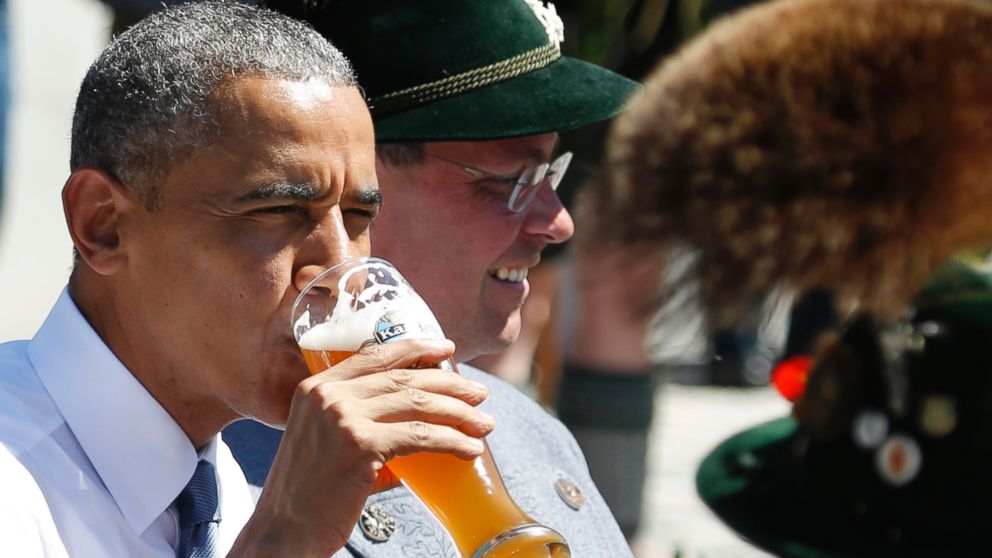 "Although it is true we sometimes have differences of opinion today from time to time, but still the United States of America is our friend, our partner and indeed an essential partner with whom we cooperate very closely," Merkel said through a translator. "We cooperate closely because this is in our mutual interest. We cooperate because we need it. We cooperate because we want it."
Obama and Merkel met privately afterward at the nearby Schloss Elmau resort to coordinate their summit agenda before joining the leaders of Britain, France, Italy, Canada and Japan. Russian President Vladimir Putin was ousted from the group last year over his annexation of Crimea from Ukraine, although the crisis remains as fighting with pro-Moscow separatists spiked in the past week despite a ceasefire agreement negotiated four months ago in Belarus.
Obama press secretary Josh Earnest said Merkel and Obama spent most of their meeting talking about the importance of showing unity in speaking out against Russia as Moscow "has essentially thumbed their nose at the commitments they made in the context of the Minsk negotiations." Earnest said Obama is pushing Europe to preserve sanctions against Russia until Moscow lives up to that agreement, but he couldn't say the president is confident they will elect to do so later this summer. 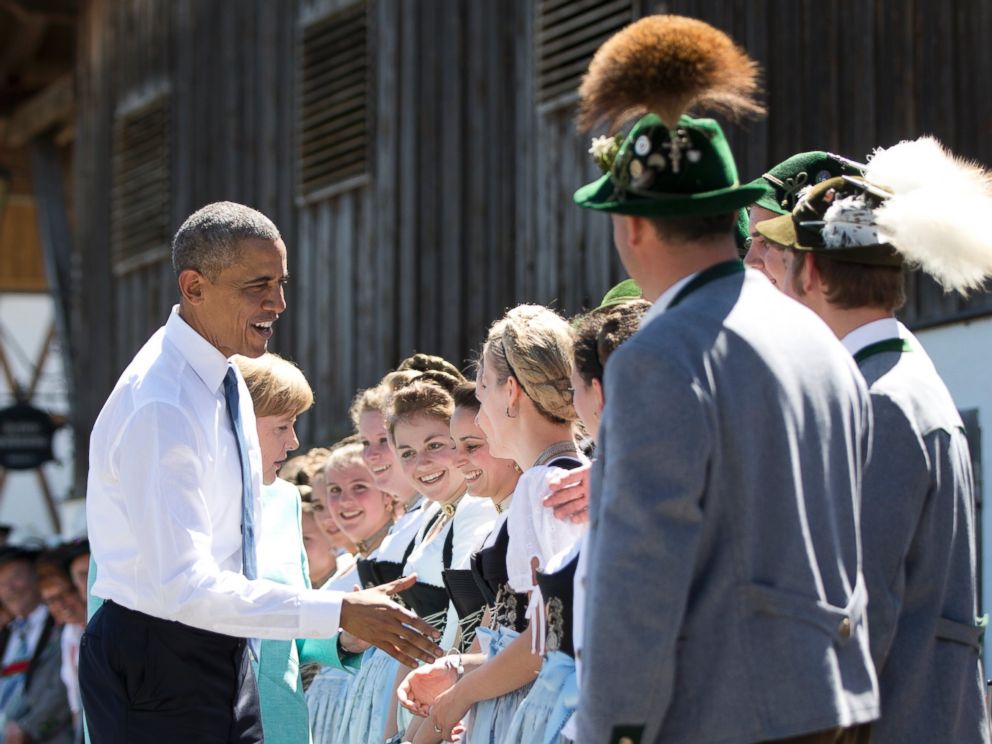 "Ultimately it will be up to the Europeans to do so, keeping in mind our shared view that keeping up this unity is very important," he said.
During the visit to Kruen, about 800 Germans filled the village square wearing traditional dress: wool hats decorated with feathers and goat hair plumes, women in dirndls and men in lederhosen. Well before noon they gathered at long tables covered in blue gingham tablecloths, drinking beer in what looked more like a biergarten than the setting for a presidential address.
"Gruess Gott!" Obama began, which literally translates as "greetings from god" but is the typical Bavarian greeting instead of "good day."
"I have to admit that I forgot to bring my lederhosen but I'm going to see if I can buy some while I'm here," Obama joked. He said when he first heard the G-7 would meet in Bavaria, he hoped it would be during Octoberfest.
"But then again, there's never a bad day for a beer and a weisswurst," Obama said. "And I can't think of a better place to come to celebrate the enduring friendship between the German and the American people."
After his remarks, Obama and Merkel joined one of the tables, sampling pretzels and the weisswurst sausage and toasting tall beer glasses. The label on the glass indicated they were drinking a wheat beer from the local Karg brewery in nearby Murnau, although it wasn't clear if Obama's was a non-alcoholic or regular version. "It was a very fine beer. I wish I was staying," Obama said as he prepared to depart to plunge into two days of heavy discussions.
Next week, Germans will be looking to future U.S. relations beyond Obama's presidency. Republican presidential hopeful Jeb Bush plans to kick off a six-day European trip with a speech Tuesday in Berlin to the economic council of the Christian Democratic Union, the conservative party led by Merkel.