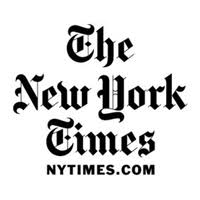 Gen. Martin E. Dempsey, the chairman of the Joint Chiefs of Staff, told Congress on Tuesday that he would recommend deploying United States combat forces against Islamic extremists in specific operations if the current strategy of airstrikes was not successful, raising the possibility of the kind of escalation that President Obama has flatly ruled out.

General Dempsey said that the ground forces would likely be Special Operations commands who could call in airstrikes from the ground.

In testimony before the Senate Armed Services Committee, he said that while he was confident in the ability of the coalition of American, European and Middle Eastern governments to stop the Islamic State, he could not completely close the door to eventually asking Mr. Obama to commit ground troops to fight the group, known as ISIS or ISIL.

“My view at this point is that this coalition is the appropriate way forward. I believe that will prove true,” he said. “But if it fails to be true, and if there are threats to the United States, then I of course would go back to the president and make a recommendation that may include the use of U.S. military ground forces.”

Gen. Dempsey acknowledged the awkward position he was in. His remarks put him at odds with the president, who has repeatedly insisted that no American ground troops would engage in the fight to thwart ISIS. “His stated policy is that we will not have U.S. forces in ground combat,” General Dempsey said, adding, “He has told me as well to come back to him on a case-by-case basis.”