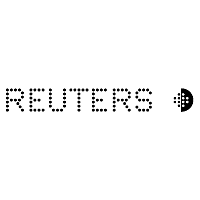 The visit of Chinese President Xi Jinping to India and his meeting with Indian Prime Minister Narendra Modi this week has elicited considerable positive interest in both countries. It has the potential to recast the uneasy Asian strategic framework, and by extension the relations of emerging global powers that are currently clouded by acrimony and mutual mistrust. India and China are two civilizational states with a quantitative contour and complex pedigree that is both ancient and yet recent. The two Asian giants have a population in excess of one billion and unbroken histories that go back by a few thousand years. Yet their bilateral relations are of very recent origin – when they became independent nation states in the 1940s. Opting for two very different political systems – one a diverse and federal democracy nurtured by Jawaharlal Nehru and the other a near homogeneous authoritarian communist regime consolidated by Mao Zedong – the received wisdom is that the two neighbours are both committed to ‘peaceful coexistence’ enshrined in the 1954 Panchsheel principles, whose 60th anniversary was marked in Beijing in June. However, the brief Sino-Indian war of October 1962 over contested territoriality reflected the fragility of peaceful coexistence and relations have since been uneasy. The border dispute remains unresolved 52 years after that war and progress, if any, has been glacial. Over the last few decades, there is a strongly held view in New Delhi that while espousing peaceful relations, Beijing has assiduously sought to ‘contain’ India in the South Asian box by entering into a deep and covert strategic relationship with Pakistan. Thus, it was encouraging to note that on the eve of Xi’s visit to India, a senior official in Beijing tried to assuage Indian anxieties. Assistant Chinese Foreign Minister Liu Jianchao asserted that the leaders of China and India had pledged to work together to manage and control their differences and highlighted their shared common interests as large developing nations. He said: “India is a country with which China has been friendly for thousands of years. China has never, and will not, use so-called military or other means to try and hem in India.” And to further reiterate Beijing’s benign intent, he concluded: “There is no strategic competition between China and India in our relationship and there is certainly no such word as ‘surround’.” Given the political definitiveness that both Xi and Modi bring to the table, it is likely that they will be able to review the complex and tangled territorial and border dispute to some degree of minimum acceptable mutuality. There is reason for cautious optimism and if both sides revisit their inherited and emotionally embedded national narratives, a modus vivendi is a possibility. Not in the first summit, but clear political directions to the zealous officials who are guardians of territoriality cum sovereignty and a concurrent effort to infuse in their respective citizens a new narrative that accepts the omissions of the past by leaders on both sides – Mao and Nehru – would be very propitious. But the more nettlesome issue that lies at the core of the current anxiety and suspicion in India about China’s true intent is the opaque Sino-Pakistan nuclear weapon and missile cooperation. Shrouded in secrecy, this WMD (weapons of mass destruction) cooperation goes back to the late 1980’s and most domain experts are familiar with the empirical facts of the issue. For reasons best known to Beijing at the time, China decided to enable the Pakistan military to acquire nuclear weapon capability and missiles to deliver them. Consequently, Pakistan carried out a secret nuclear weapon test in May 1990 and the strategic reality was that India was ‘hemmed’. For a few years, India was in an asymmetrical WMD position in relation to both its neighbours and finally took the decision to demonstrate its own nuclear weapon capability in May 1998. The greater anxiety for India is not the fact that it has two nuclear weapon neighbours with whom it has had an adversarial (Pakistan) or uneasy (China) relationship. It is the malignant reality that Rawalpindi – the general headquarters of the Pakistan Army that controls its nuclear weapons – chose to use this apocalyptic capability to enhance its ability to unleash terror attacks against India. Thus, well before the misplaced U.S. certitude about Iraq as a deviant state that was likely to use WMD as a shield to engage in terrorism, Pakistan had refined the new global security challenge – NWET (nuclear weapon enabled terrorism). The Mumbai attacks of November 2008, or India’s 26/11, are a case in point and China is indirectly culpable. For years, Beijing and its interlocutors refused to enter into any dialogue on this subject and steadfastly obfuscated the reality. Tenacious amnesia is the leitmotif. However warm the Xi-Modi handshake and embrace this week, unless this core issue is satisfactorily addressed – the vast potential being enthusiastically anticipated for Sino-Indian relations to bloom under two new and pragmatic leaders will, alas, be short-lived.