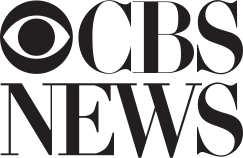 A week after a Florida jury acquitted George Zimmerman in the death of 17-year-old Trayvon Martin, rallies began across the country as activists press federal authorities to prosecute the former neighborhood watch volunteer on civil rights charges. Zimmerman was found not guilty of both second-degree murder and manslaughter by a six-woman panel in last year's shooting death of Martin. His attorneys successfully argued that Zimmerman's use of force was justified as self-defense in the altercation with the unarmed teen. The case has spurred a national debate about gun laws, the use of justifiable force and racial profiling, even prompting President Barack Obama to weigh in with personal remarks Friday on race relations in the U.S.The "Justice for Trayvon" rallies are being organized by the Rev. Al Sharpton's National Action Network and will take place in outside federal buildings in at least 100 cities, including New York, Miami and Los Angeles. They are scheduled to happen at noon local time. In New York, hundreds of people, including the music superstars Jay-Z and Beyonce, were assembled along with Sharpton and Sybrina Fulton, Martin's mother. Last Saturday's verdict spurred protests throughout the week, leading to sporadic violence and some arrests - mostly in California - but there have been no widespread disturbances. Organizers hoped for a day of peaceful protest Saturday. This week, Attorney General Eric Holder announced that the department would investigate whether Zimmerman could be charged under federal civil rights laws, which would require evidence that he harbored racial animosity against Martin. Most legal experts say that would be a difficult charge to bring. Police in Sanford, Fla., say the Justice Department has placed a hold on all evidence related to case, including the gun Zimmerman used and which he would otherwise be legally entitled to reclaim.Speaking to supporters earlier in the morning, Sharpton said he want a rollback of "Stand Your Ground" laws that make it easier for people to shoot each other if they feel threatened. He also repeated calls for the Justice Department to investigate the case. "We are trying to change laws so that this never, ever happens again," Sharpton said. Fulton, Martin's mother, saidm "Today it was my son. Tomorrow it might be yours." Earlier this week, Fulton told "CBS This Morning" that she was "stunned" by the verdict."I thought surely that he would be found guilty of second degree murder, manslaughter at the least. But I just knew that they would see that this was a teenager just trying to get home. This was no burglar. This was somebody's son that was trying to get home." Martin's brother, Jahvaris Fulton, was also attending the New York event. Martin's father was scheduled to participate in a rally in Miami, where a crowd also gathered Saturday morning. Several of the jurors, who are still anonymous, have spoken out since delivering the verdict. In a CNN interview Monday, Juror B37, revealed that the jury was evenly split on a conviction in the initial vote. But she felt that both Zimmerman and Martin were equally responsible for the physical confrontation and that race played no factor. The following day, four other jurors released a brief statement saying "the opinions of Juror B37, expressed on the Anderson Cooper show were her own, and not in any way representative of the jurors listed below." The six-sentence statement - signed by Jurors B51, B76, E6 and E40 - did not specify what parts of the other juror's comments they disagreed with, but they did say that "serving on this jury has been a highly emotional and physically draining experience for each of us. The death of a teenager weighed heavily on our hearts but in the end we did what the law required us to do." On Friday, in a surprise appearance in the White House briefing room, President Obama delivered extensive remarks about the case and about more broadly about the state of race in America."When Trayvon Martin was first shot, I said this could've been my son. Another way of saying that is, Trayvon Martin could have been me 35 years ago," he said. "There are very few African-American men in this country who haven't had the experience of being followed when they were shopping at a department store, and that includes me," he said. He spoke about hearing the locks click on car doors while crossing the street -- something Mr. Obama said he experienced before he was senator -- or seeing a woman nervously clutch her purse while in an elevator with an African-American man. "I don't want to exaggerate this, but those sets of experiences inform how the African-American community interprets what happened one night in Florida. It's inescapable for people to bring those experiences to bear." The president acknowledged that Florida's controversial "stand your ground" law was not actually cited as part of Zimmerman's defense. Nevertheless, Mr. Obama said that kind of law does not necessarily send a positive message. "If we're sending a message in our societies ... that someone who is armed potentially has the right to use those firearms even if there is a way for them to exit from the situation, is that really going to be contributing to the peace and order?" he asked. "For those who resist that idea, I'd just ask people to consider if Trayvon Martin was of age and armed, could he have stood his ground on that sidewalk? Do we actually think he would've been justified in shooting Mr. Zimmerman because he followed him in a car?" Finally, he said the nation shouldn't lose sight of its progress on issues of race and equality. "When I talk to Malia and Sasha, and I listen to their friends and I see them interact, they're better than we are," he said. "That's true of every community that I've visited all across the country."