Reactors for Saudi Arabia are bad business and dangerous diplomacy

BY VICTOR GILINSKY AND HENRY SOKOLSKI 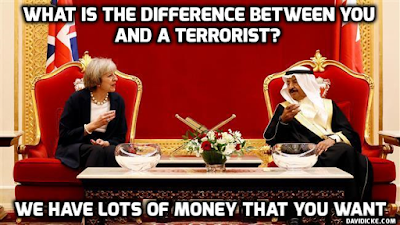 The last thing the Middle East needs is more nuclear technology. But a coterie of Washington “experts,” recently assembled on behalf of Saudi Arabia, argues otherwise and seem to have the ear of the Trump administration. Energy Secretary Rick Perry visited Saudi Arabia in December, and the State Department is taking steps toward signing a U.S.-Saudi nuclear umbrella agreement required by United States law as a preliminary to selling the country nuclear power reactors. What is worse, the White House is hinting it would not insist that Saudi Arabia accept the “gold standard,” that is, that it promise not to reprocess irradiated fuel to extract plutonium or enrich uranium — activities that open the door to rapid acquisition of nuclear weapons.
Such an agreement would severely undermine U.S. anti-proliferation policy. Our 2009 agreement with the Saudi’s neighbor, the United Arab Emirates, includes the gold standard (who would be freed of it if we don’t include it in subsequent Middle East nuclear cooperative agreements). The pro-export crowd counters that Saudi Arabia is different — that if we don’t sell on easier terms, then Russia and China will. Most important, they say, is that we “maintain U.S. leadership” in nuclear power technology to be able to influence the international export rules. In other words, to keep other suppliers from selling on lax terms, we ourselves have to sell on lax terms. What seems to have happened is that the prospect of tapping into Saudi money has drowned out proliferation concerns.
Despite all the brave talk about reviving U.S. nuclear industry and gaining thousands of jobs, even an accommodating agreement with Saudi Arabia is not likely to result in U.S. power reactor sales. The White House is promoting Westinghouse technology. But Westinghouse is now a Japanese company. Any sale would involve a minimal U.S. manufacturing components and thus few U.S. jobs. But even that prospect is unlikely in view of Westinghouse’s current status. Because of its gross mismanagement of the only two U.S. nuclear construction projects, Westinghouse was forced into bankruptcy. The Saudis will almost certainly turn instead to the Korean contractors whose experienced construction teams are coming off a successful four-reactor project in the UAE. The Saudis want a U.S. nuclear agreement because Korean technology has a U.S. component and it would be awkward for the Koreans to sell it without U.S. approval. Realistically, if we soften the rules we will weaken nonproliferation, but likely end up empty handed.
It wouldn’t be the first time. Our government has a long history of romancing potential customers with lax nuclear agreements, only to have them turn elsewhere. The most glaring example is India. George W. Bush legitimized India’s stiff-arming of the Nonproliferation Treaty, in the illusion that we would thereby gain tens of billions in reactor sales and thousands of jobs. A decade later — nothing.
There is another similarity with the India experience. In that case, although the U.S.-India agreement was ostensibly about civilian nuclear power technology, it had obvious weapons implications. The Bush White House congratulated itself, naively, one might add, on supporting a strategic counter to a nuclear-armed China. In the Saudi case the public talk is again about the country’s need for reactors to provide electricity, but it’s obvious that the Saudis’ principal motive for obtaining nuclear technology is to develop a nuclear weapons hedge against a potentially nuclear-armed Iran. And, again, there appears to be a feeling among the pro-nuclear export Washington “experts,” a group heavy with retired flag officers and ex-defense officials, that this might be a good idea. It is, in fact, a dangerous idea.
We can expect the Trump White House to try calm congressional concerns over permissive treatment of the Saudis, insisting Riyadh has no intention of pursuing enrichment, and perhaps that it has given private assurances. It will argue that the Saudis are proud rulers and cannot be expected to sign away what they regard as their rights, and so on. But if we leave the Saudis with the option to enrich uranium, we can be sure they will exercise it. Among other things, that would wipe out the possibility that President Trump could ever deliver on his promise to get a “better” deal than Obama did that would end Iran’s enrichment program.
We should also remember that national governments come and go, and those that replace them inherit a nation’s nuclear assets. If, when Iran was a friend, we had sold the Shah the 23 Westinghouse reactors we were hoping to, they would now be in the hands of the current Iranian government, undoubtedly including fuel facilities. Today, we should be careful in our assumptions about the future of an absolute kingdom, which despite its highly advertised attempts to modernize remains a 21st century anachronism.
Our government’s international energy policy is out of date, too, blinded by decades-old Atoms for Peace rhetoric regarding the need for nuclear power in “energy-hungry” parts of the world. Nuclear energy, once thought to be a key to modernization of a society, is just a very expensive way of producing electricity, with environmental advantages over fossil fuels, but also with worrying safety and security issues — ones that have prompted several advanced countries to abandon it.
The supporters of a Saudi nuclear energy program insist their motive is to bring peace and prosperity to the Middle East. The test of their good faith is whether they will support, as did the UAE, the nuclear export “gold standard.” This should be the standard for all civilian nuclear power exports.