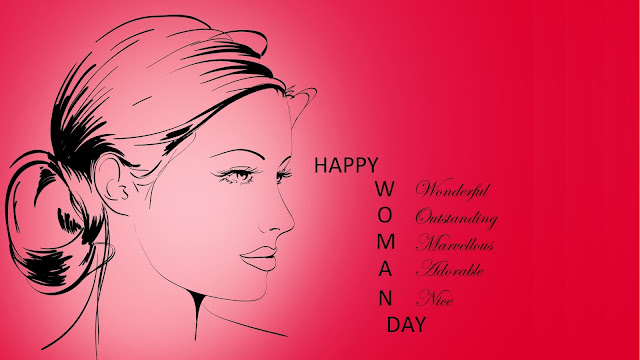 ''Famous author Diane Mariechild quotes, “A woman is the full circle. Within her is the power to create, nurture and transform.''
Every year on 8th of March, International Women’s Day is celebrated as worldwide event to honour women’s accomplishments from political to social achievements and thus raising voice for gender equality. It has been observed since the early 1900s and is now recognised each year on March 8. This day is not affiliated with any one group, but brings together governments, women’s organisations and other civil rights institutions to praise women for being role models despite hurdles and societal pressures.
It’s not known when this day originated but its roots can be traced to 1908, when 15,000 women marched through New York City demanding voting rights, better pay and shorter working hours. A year later, the first National Woman’s Day was observed in the US on February 28, in accordance with a declaration by the Socialist Party of America.
In 1910, a woman called Clara Zetkin, leader of the ‘women’s office’ for the Social Democratic Party in Germany tabled the idea of an International Women’s Day.
She suggested that every country should praise women on one day every year to push for their demands. A conference of more than 100 women from 17 countries agreed to her suggestion and International Women’s Day was formed. In 1911, it was celebrated for the first time in Austria, Denmark, Germany and Switzerland on March 19. In 1913, it was decided to transfer IWD to March 8, and it has been celebrated on this date ever since.
The day was recognised by the United Nations in 1975, but ever since it has created a theme each year for the celebration. The theme for IWD 2017 is “Be bold for change” thus encouraging people to step up and take ground breaking action to help drive gender equality.
The original aim of this day is to achieve full gender equality for women around the world which has still not been realised. A gender pay gap persists across the globe and women are still not present in equal numbers in business or politics. Figures show that globally, women’s education, health and violence towards women is still worse than that of men. To highlight the importance of this day, women across the world come together to force the world to recognise these inequalities, while also celebrating the achievements of women who have overcome these barriers. International Women’s Day is a time to reflect on progress made, to call for change and to celebrate acts of courage and determination by ordinary women who have played an extraordinary role in the history of their countries and communities. It sounds comical that on every women’s day, men are found saying that there is no day for us but its wrong perception as International Men’s Day is celebrated on 19th of November every year in around 60 countries of the world. The objective of this day is to celebrate the achievements and contributions of men in society and improving gender relations.
The idea of this year theme is to consider how to accelerate the UN 2030 Agenda, building momentum for the effective implementation of the Sustainable Development Goals, especially goal number 5 which suggests, “Achieve gender equality and empower all women and girls” and number 4 of SDGs to, “Ensure inclusive and quality education for all and promote lifelong learning”. While the world has achieved progress towards gender equality and women’s empowerment under the Millennium Development Goals (including equal access to primary education between girls and boys), women and girls continue to suffer discrimination and violence in every part of the world. Gender equality is not only a fundamental human right, but a necessary foundation for a peaceful, prosperous and sustainable world. Providing women and girls with equal access to education, health care, decent work, and representation in political and economic decision-making processes will fuel sustainable economies and benefit societies and humanity at large. This year UN Secretary General António Guterres in his message on International Women’s day said, “Let us all pledge to do everything we can to overcome entrenched prejudice, support engagement and activism, and promote gender equality and women’s empowerment. ” The South Asia is the least gender sensitive region in the world.
It is the only region in the world where men outnumber women. In Pakistan, women do face many challenges but with passage of time trends are changing and their services are acknowledged. Generally Western media portrays Pakistani women as victim of Karo Kari, Hadood ordinance, Qasas and marriage to the Quran but with induction of laws on honour killing and awareness in women for their rights, the ratio of such incidents have gone done. Working women is the one of the classes facing major problems in Pakistan including harassment, prejudice and less salary packages but despite that time is changing gradually and women are now highly appreciated for their roles not only in domestic chores but globally also. In Pakistan there is a need to educate women as alone educating a girl suggests one is contouring a whole generation.
There is a need to create awareness among them on their rights in family laws, social justice, women and child health and other vital women rights which can provide them secure and better living even as sole bread earner of family. Though many women are part of politics and decision making processes but worldwide it is witnessed that women are not part of peace processes between conflicted countries.
The words of Margaret Thatcher truly reflects this scenario that, “Any woman who understands the problems of running a home will be nearer to understanding the problems of running a country”. Therefore, your women need appreciation, care, support, affection and salutation for every duty they perform in any capacity as it will not boost their energy but their contribution towards better society will increase manifolds. Providing women and girls with equal access to education, health care, decent work, and representation in political and economic decision-making processes will fuel sustainable economies and benefit societies and humanity at large.