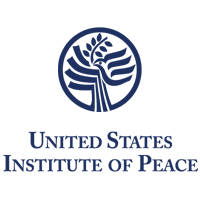 President Donald Trump’s January 27 order banning or suspending the entry to the United States of refugees and of citizens from seven Muslim-majority countries weakens the efforts of Muslims worldwide to fight violent extremism, 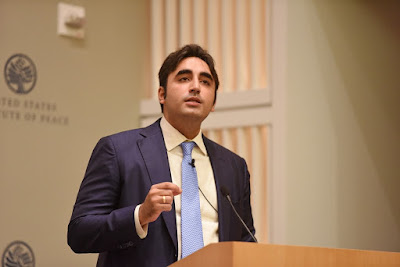 Pakistani political leader Bilawal Bhutto Zardari said in a speech at the U.S. Institute of Peace this week. “I do hope that this issue is sorted out very soon, because it is sending the wrong message and it’s shrinking the space for those of us out there fighting Islamic extremism on the front lines,” he told an audience of policy specialists, civil society leaders and others, in an event co-sponsored by the Heritage Foundation. Bhutto Zardari, the son of former Prime Minister Benazir Bhutto, is chairman of the Pakistan Peoples Party, the largest opposition party in parliament.

Bilawal Bhutto Zardari meets with supporters. His Pakistan Peoples Party is one of the country’s two largest. Photo Courtesy of Wikipedia Commons/Shehryar A. Malik
Bhutto Zardari spoke in his first visit to Washington since the inauguration of President Trump, and as he and other party leaders are preparing a campaign to challenge Prime Minister Nawaz Sharif in national elections to be held within 20 months. Like Sharif and a range of other Pakistani leaders who have spoken at the institute in recent years, Bhutto Zardari called for a U.S.-Pakistani relationship that is consistent and more broadly focused on issues beyond counter-terrorism. U.S. and Pakistani experts who met at USIP in November debated the possible directions of relations between the countries, but agreed both should work to avoid tensions escalating into a rupture of relations.

“For my generation, as a progressive Muslim out in the world, it’s really discouraging to see countries looking, responding to fear of ‘the other.’” – Bilawal Bhutto Zardari

Internationally, “a shared vision of order and interdependence has been replaced by angry nationalism and hard, red lines that exclude” others, Bhutto Zardari said in a speech. “This ... must not be the new normal.”
The U.S. order bans the entry of refugees from Syria and suspends the entry of other refugees, and of citizens from Iran, Iraq, Libya, Somalia, Sudan, Syria and Yemen. Of the directive, Bhutto Zardari said: “For my generation, as a progressive Muslim out in the world, it’s really discouraging to see countries looking, responding to fear of ‘the other’ in such a way.”
Such a response, “we’ve learned through history is not the way to deal with such issues,” he said. “I know by interaction, by finding common ground, by studying in other people’s universities, by learning about their culture, a shared culture, history, we find that common ground. And a few criminals should not be allowed to spoil the situation for everyone.”
“At the same time,” Bhutto Zardari said, “I really am extremely encouraged that I’ve seen another side to America” in public protests of the order. “The outpouring of support for the people affected by this ban and some other things, I think, is a very positive message … to the world.”

Bhutto Zardari’s mother was assassinated by a suicide bomber in 2007 as she campaigned for a new term as prime minister. Following his mother’s death, Bhutto Zardari was named chairman of the Peoples Party while a student at Oxford University in the United Kingdom. His father then led a coalition government as president from 2008 to 2013, when Prime Minister Sharif was elected.
In Pakistan, where the armed forces repeatedly have seized power and installed military governments, the 2013 transition was the “first-ever peaceful transfer of power from one elected government to another,” foreign policy analyst James Carafano, of the Heritage Foundation, noted in introducing Bhutto Zardari. “We are hopeful that this is the new norm” for Pakistani government transitions, Carafano said.
Questioners in the audience noted that the U.S. political debate over the entry restrictions has included calls for the ban to be extended to Pakistan, where al-Qaeda and other violent extremist groups are active. Asked about the effect of any such extension, Bhutto Zardari said it “would create a whole host of hostilities.” But he said it is unclear how U.S. policy will actually evolve and that he prefers to take a “wait-and-see approach.”
He urged that the United States not turn “away from those very ideals that it stood for— that shining example on the hill. It may not have been perfect all the way through, but it could stand by those ideals.”