Israel's prime minister accused his Turkish counterpart on Thursday of making a "dark and false" statement by calling Zionism a crime against humanity - a comment likely to hit efforts to repair ties between the two former allies. 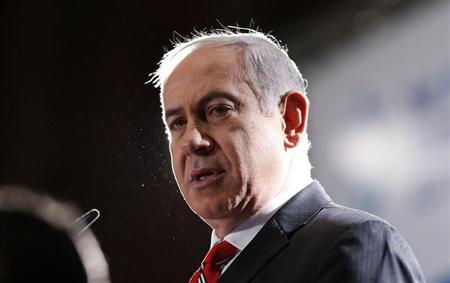 The Turkish premier's statement, made at a U.N. meeting in Vienna a day earlier, was also condemned by the head of Europe's main rabbinical group who called it a "hateful attack" on Jews. "Just as with Zionism, anti-Semitism and fascism, it has become impossible not to see Islamophobia as a crime against humanity," Turkish Prime Minister Tayyip Erdogan said at theCivilizationss forum, according to Turkish media reports. Ties between Israel and mostly Muslim Turkey have been frosty since 2010, when nine Turks were killed by Israeli commandos who stormed their ship carrying aid to Palestinians in Gaza, under a naval blockade. In recent weeks, there has been a run of reports in the Turkish and Israeli press about efforts to repair relations, including a senior diplomatic meeting earlier this month in Rome and military equipment transfers. The reports have not been confirmed by either government. No one was immediately available from Turkey's foreign ministry to comment on the new criticism from the rabbis or from Israeli Prime Minister Benjamin Netanyahu. A statement from the Israeli premier's office said he "strongly condemns (Erdogan's) statement about Zionism and its comparison to Nazism." The Zionist movement was the main force behind the establishment of the state of Israel. "This is a dark and false pronouncement the likes of which we thought had passed into history," Netanyahu was quoted as saying. Pinchas Goldschmidt, chief rabbi of Moscow and the head of the Conference of European Rabbis, said Erdogan's criticism of Zionism amounted to anti-Semitism. "This is an ignorant and hateful attack on the Jewish people and against a movement with peace at its core, which relegates Prime Minster Erdogan to the level of (Iranian President) Mahmoud Ahmadinejadand, to Soviet leaders who used anti-Zionism as a euphemism for anti-Semitism," Goldschmidt said in an emailed statement. "The irony of these comments will not be lost on the families of those slaughtered during the Armenian genocide, a crime still not recognized by the Turkish government," he added. Armenians accuse Ottoman Turks of committing an orchestrated campaign of massacres against Christian Armenians during World War One. Turkey, which was established as a republic after the Ottoman Empire collapsed, denies those killings were genocide and says both sides lost lives in internecine fighting during the chaos of war. The Conference of European Rabbis is an umbrella group of 700 religious leaders in Europe, where an estimated 1,7 millions Jewish people live. About 17,000 Jews live in Turkey, a country of 76 million people.