Saudi women are being driven to rebellion


The driving ban in Saudi Arabia does little to actually protect women, it is merely a backward, pre-emptive act of repression 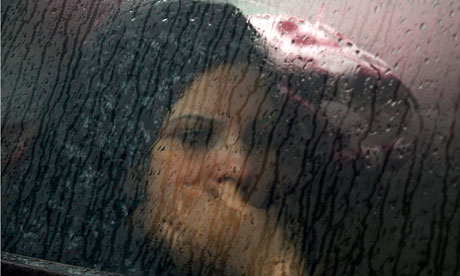 While all eyes are on Libya, Syria and Yemen, a different kind of rebellion is taking place in Saudi Arabia. A group of Saudi women have set up Women2Drive, a right-to-drive campaign, with a launch date of 17 June.

Last week one of its members, Manal al-Sharif, took to the streets and drove a car for a couple of hours, filming her trip (her father assisted) and posting it on YouTube. On Sunday, she was arrested along with her brother, who reportedly has now been released.

This isn't the first time that there has been a push to drive in the kingdom. In the early 1990s, members of a similar campaign were arrested and some were fired from their jobs.

Against the backdrop of the Arab uprisings, it might seem like a frivolous thing to ask, especially when we are told that Saudi women do not need to drive, as they are so covetously protected and provided with drivers to save them the trouble.

The irony is that although the entire system is constructed to prevent men and women finding khalwa, or privacy, together, it is permissible to be alone in a car with one's non-Saudi driver – the perfect confluence of racism and patronage that exposes the absurdity and confusion behind arbitrary laws of public female deportment in Saudi Arabia.

There is nothing empowering or protective about not being allowed to drive. While I was living in Saudi Arabia, in a family of five females with no man in the household, we were permanently at the mercy of our driver to run even the most basic of errands.

If he was late, indisposed or unable to tend to us for some reason, the only alternative was to hail a taxi – a very unpleasant prospect for a woman in a Saudi city. To stand on the side of the road in the city of Riyadh waiting for a taxi to arrive meant braving the harassing calls and jibes from passing motorists, and to be alone in a car with a cab driver in a country where that is rather rare posed its own risks in terms of the liberties the driver feels he may be entitled to take. Sharif herself claimed she was harassed by her driver. Needless to say, there is no public transport available for women.

Those who espouse a moral position, ie that should these women be allowed to drive they would run amok and go wherever they please putting themselves in harm's way and making rendezvous with men, are either disingenuous or naive.

Most of the employed drivers in Saudi Arabia have no say over where they go, they merely do their mistresses' bidding. I remember being given a ride with a Saudi female colleague who ordered her driver to chase, at high speeds, the cars of men whom she found attractive or who had tried to pass their numbers through car windows. The driver haplessly complied, and was told off in strong terms for not catching up with the quarry.

This law is simply a backward, visceral objection to the thought of a woman behind the wheel, a physical embodiment of a volition which is too offensive to enact. It is about maintaining some semblance of control, the erosion of which it is thought would be complete if women were allowed to drive.

There is this odd view of women in the kingdom as being always on the cusp of dissolute behaviour – reminiscent of an attitude towards slaves who would rebel and murder their owners if not kept perpetually oppressed. This is a ghastly spiral, where the worse the victim is treated, the worse they are likely to be pre-emptively repressed. When arguing against allowing women to uncover their heads or faces in public, some (men and women) respond that if that if this were to pass, women would surely walk around in semi-nudity.

It doesn't occur to these people that public codes of dress do not exist in most other Arab countries, and women still manage to dress in a culturally appropriate way. Women are allowed to drive throughout the conservative Arabian Gulf, and these societies have not imploded in moral degradation.

The Saudi driving ban is a social, rather than political, issue, over which the authorities would rather not incur the religious establishment's wrath or create controversy. But if there is one lesson Arab rulers would do well to heed, it is that withholding rights raises the chances of an explosion of dissent.

The arrest of Sharif certainly appears to have done nothing to dissuade the Women2Drive campaign from going ahead; if anything it seems to have garnered it more publicity. There are reports that the religious police are teaming up with traffic forces to patrol and stymie the campaign. If these are to be believed, then Saudi Arabia is in for a first-of-its-kind confrontation on 17 June.